We had an amazing time at the 2015 Chicago Food and Wine Festival. Here’s a little of what was going on…

It’s the first time the Food and Wine Festival has made its way to Chicago and I have to say…it was well worth the wait!  A more intimate event than the enormous Taste of Chicago in Grant Park with its throngs of people (tho exciting, of course!), the Chicago Food and Wine Festival was nestled in Lincoln Park.   It featured the food of famous Chicago chef’s, such as, Stephanie Izard and Rick Bayless, and many, many more.  And there were demonstrations or tastings of all kinds in every tent.  A food lover’s dream!

We started off the day with my husband and his long-time buddy making a bee line for the Bulleit Bourbon  tent saying, “It’s 12:00 somewhere!”  The start of a great day!

Then we headed for the Chobani greek yogurt tent and were amazed by all the wonderful food they had for us to try.

The first thing we tried was Chobani greek yogurt with heirloom tomatoes, basil and a hint of balsamic vinegar.  The flavor combination was so summery and fresh that I had to go back for another!  I wonder how it’d be served as a dip if I finely chopped the tomatoes and added a layer of hummus?

Then Russ came over with this one and told me that I had to try it.  It’s a pierogi with chive yogurt and pickled rhubarb chimichurri.  It was amazing!  Russ told me that it was made by Stephanie Izard, in conjunction with Chobani, whom we were just about to head over to see!

Confession: Before I launch into my Ode to Stephanie Izard, I should mention that before the festival, all I knew about Stephanie was that she is the talented Chicago chef from Girl and the Goat…which I learned from reading an article about her in the June 2015 edition of Food & Wine, but that hasn’t kept me from becoming a big fan!

For those like me who didn’t know, Stephanie Izard is a James Beard award winning Chicago chef. She also won Top Chef! She is the owner of Girl and the Goat, and Little Goat, where I hear reservations can be difficult to obtain. Never fear, Stephanie let the audience in on a little secret…If you email her a funny joke, she’ll do what she can to get you a reservation! Don’t quote me on it though, because she may have been joking when she said it! That’s one of the things that stand out about her. She has a great sense of humor.

She gave the most hilarious, inspiring demo ever. Hilarious because, and I think she would admit, the demo itself was a comedy of errors: burnt butter, cold oil, uncooperative mixer, to name a few. Yet the mishaps just made the demo all the more fun because she took it all in perfect stride, as she light-heartedly adjusted her presentation, all the while, keeping the audience engaged and rolling with laughter. Inspiring because she seems to have this amazing ability to roll with it; whether it be adjusting on the fly during a demo or taking on new challenges. Like the fact that she came home from a recent trip to China, where she neither knows the language nor could identify some of the ingredients in the dishes she ate, but came home to Chicago and decided to open a Chinese restaurant of her own. Who does that?

After this, we headed over to see the incredibly accomplished Chicago Chef Rick Bayless, owner of Frontera Grill,  Topolobampo, and many other Chicago restaurants.   The Chef gave a wonderful demonstration while he engaged with his enthusiastic audience who were peppering him with questions.  Chef Bayless is an engaging, yet technical teacher who often interjected humor and life stories into his presentation, much to the delight of his audience.  Even telling us where he likes to shop in Chicago for various hard to find, fresh ingredients… a loyal fan of Green City Market in Lincoln Park.  One thing that stands out about Chef Bayless is that his passion and joy for creating and teaching make all his accomplishments seem effortless.  He’s a testament to the idea that when someone pursues with passion what s/he loves, the rest just follows.

The remainder of the afternoon, we just continued to move from tent to tent sampling the most exciting food and wine imaginable.  Somewhere along the line, we began to wonder how the Toast and Taste event later in the evening in Grant Park would be any different than what we had just experienced.  Well, it was a whole different level of exciting…

The moment we entered the gate at the Toast and Taste, we were greeted with a glass of wine…very nice!  And from then on, we just relaxed into the night.  The entire event was laid out with tents organized in a U-shape, with a concert stage, featuring Austin artist, Tameka Jones,  at the bottom of the U.  We were blown away from the very first to very last tent:  all featuring one famous chef after another like:  Jose Garces, Stephanie Izard, Graham Elliot, Jimmy Bannos, Sr., and Art Smith, just to name a few;  all to the backdrop of some really great music.   Each tent was manned by the Chef who had just a couple of staff members to help.  It was an exciting experience to walk up to each  tent and to have the opportunity for a personal exchange with the Chef as s/he handed you a plate of amazing food!

And we weren’t the only ones having fun!  I think this is the part of the night where the chef’s themselves relaxed a little and had fun mixing in with the guests. They were incredibly warm and friendly, often taking pictures with the guests or sharing treasured bits of cooking techniques.  Super exciting for those of us who love to cook!

I have to say my personal favorite was Chef Art Smith, another highly accomplished Chicago chef, owner of Chicago’s Table Fifty-Two,  where I have been dying to eat for ages!  Not only does he feature the savory, Southern-style cooking we love, he is the warmest person ever!  He’s the kind of person you’d love to have as a friend.  In fact, he is my first and ONLY follower on instagram (an account I opened the very next day)!  I’m a total fan for life!

He made an amazing barbecued pork tenderloin on a wood-fired grill.  We could’ve parked ourselves there all night.

Later, my husband and his buddy had a fun time with Jimmy Bannos, of Heaven on Seven (Louisiana Southern-style cooking), who invited us into his tent to get us out of the pouring rain and offered to open a bottle of whisky for them!  I just had to jump back out into the rain to get this picture!  See what I mean about warm and friendly?  Maybe its more of that Southern hospitality making its way to Chicago!

Overall, The Chicago Food and Wine Festival was an amazing experience that I will remember for a long, long time.  Wonderful food, prepared in an intimate setting by famous Chicago chef’s in the most wonderful city in the world… Sweet Home Chicago!  What could be better!

This site uses Akismet to reduce spam. Learn how your comment data is processed.

Hi, I'm Seanna, a home cook and food/lifestyle writer, sharing favorite recipes inspired by the people and places I love.
Food is love. And here you can expect to find the recipes and stories that bring us together.
Good food...made with love...for the people you love...Now, that's a great recipe! Read More…

I use affiliate links on the Resources page of this website and occasionally in individual posts.  If you click through these links and make a purchase, I may receive a commission at no additional cost to you.

As an Amazon associate I earn from qualifying purchases.

Hi, I'm Seanna, a home cook and food/lifestyle writer, sharing favorite recipes inspired by the people and places I love. Food is love. And here you can expect to find the recipes and stories that bring us together.
Good food...made with love...for the people you love...
Now, that's a great recipe! More → 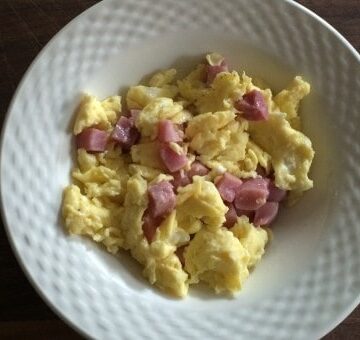 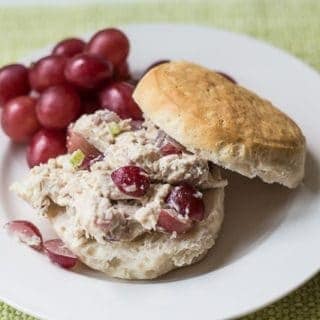